Skip to content
No, you are not imagining it. Prolonged social media use could really be making you...

Studies have linked social media use with increased levels of depression, anxiety, and loneliness. And with more research coming out about this relatively new technology, the list of effects goes on.

Social media use is often driven by the intrinsic human need to belong—that pervasive drive to form meaningful interpersonal connections with others. It’s also fueled by our fear of missing out or what many call “FOMO”. This feeds into our need to check on our friends’ updates regularly and endlessly scroll through our timelines.

Many of us depend on social media for daily interactions and its use has permeated almost every aspect of daily life. Initial research talked about its numerous benefits, including allowing us to connect beyond geographical boundaries.

But more studies are coming out about social media’s negative effects, including causing online social exclusion or “cyberostracism”.

Cyberostracism From Zero Likes and Comments

Getting ostracized affects our self-esteem, sense of control, and sense of belonging, as well as our view of meaningful existence. Cyberostracism via social media generally happens when feedback is absent, according to a 2018 study by researchers from Illinois State University.

The researchers found that when our posts aren’t acknowledged (i.e. they don’t receive comments or likes), we feel ignored and excluded by others.

Related: What to Do When No One Likes Your Facebook Status

When this is experienced chronically, like when you get zero to only a few likes and comments on many of your posts over a long period, it can lead to “feelings of alienation, depression, helplessness, and a general sense of meaninglessness”.

Being Seen Zoned and Unfriended

A separate study by researchers from the University of Mannheim in Germany has found similar patterns in the way people experience ostracism through social media. Certain experiences on Facebook, Twitter, or Instagram, for example, trigger the feeling of being ostracized when responses don’t happen immediately.

Waiting for a reply after a message has been ‘seen’ can trigger this response. So does waiting for someone to approve a friend request. These experiences, according to researchers, put people in a seemingly permanent “standby mode”.

And online, where every need is quenched in an instant, every minute of delay in response buries a person in a deeper cyberostracism pit. The same feeling, according to researchers, can be triggered when someone unfriends you on social media.

Social comparison is nothing new. People have been comparing themselves and their lifestyles to their neighbors’ for hundreds of years. But because of social media, you don’t only see what your neighbor has been up to, you are also bombarded with updates about what everyone, everywhere, is doing.

You scroll through your feed and see people achieving milestone after milestone, showing off their latest accomplishment, shiny new cars, or sparkly accessories. As a result, you compare yourself and end up feeling like you come up short.

This, according to a study published in the Journal of Social and Clinical Psychology, is one of the many consequences of digitally mediated interactions.

“Social comparisons occur when people automatically contrast themselves with others on abilities or attributes they deem important,” researchers explain.

Comparing Yourself to Your Social Media Friends

You may also engage in social comparison on Facebook when you compare the number of likes and comments other people have posted on your updates compared to those on your friends’ posts. This becomes a problem since, according to the same study, many individuals only post the best version of themselves on social media.

So, when you compare yourself to these perfect online versions of your friends, you tend to feel inferior. Frequently seeing others’ portrayals of their perfect lives on social media will make you feel that your life is lacking. This could provoke or exacerbate negative emotions and trigger an increase in daily depressive symptoms, says the study.

Prolonged Social Media Use Can Negatively Impact Your Body Image

Numerous studies have also found a link between prolonged social media use and body dissatisfaction. These studies have shown that the effects on one’s body image are felt by both men and women.

One comprehensive study published in the journal Body Image, for example, has found that prolonged social media use can cause body image concerns among young women.

Those who spend more time on social media tend to compare their appearance (and their bodies) to that of their friends, distant peers, and even celebrities. They also often judge their appearance as worse compared to others.

This is especially problematic because of the widespread use of photo-editing applications. The ubiquitous presence of heavily edited photos creates an unrealistic body image that is, for many, impossible to achieve or maintain.

These unrealistic body ideals can cause body dissatisfaction, lower self-worth, and can even trigger eating disorders in some people.

And while body positivity movements have tried to make the concept of beauty more inclusive, there continues to be a focus on beauty as a crucial trait for people to try to achieve. This ultimately still places a high value on your appearance—something that can contribute to a negative body image or toxic comparisons to others.

All these studies point to one thing: a social media break could do you good. With all the reported negative effects of prolonged social media use on people’s mental health, reducing the time you spend scrolling through that feed might actually make you a lot happier.

In fact, research has found that limiting social media use has a positive effect on a person’s well-being over time.

So if you’re wondering why something that was designed to make you feel so happy now seems to be making you so sad, it’s probably because you need a break from all the perfect lives and the perfect bodies you’re seeing on your feed.

What Is an Amazon Echo Show and Who Is It For?

Loraine has been writing for magazines, newspapers, and websites for 15 years. She has a master’s in applied media technology and a keen interest in digital media, social media studies, and cybersecurity.

Please confirm your email address in the email we just sent you. 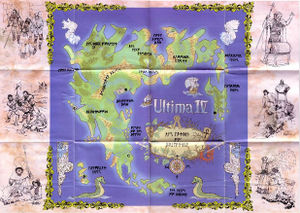