Interview with PR and marketing consultant Regina Sadykova: Metaverse and Web3 are not the same


TechBullion: The world is going crazy about Web3, Metaverse, and NFTs. But a lot of people are still confused: why have these buzzwords become so popular and what do they actually mean? 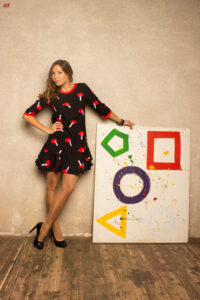 So, let’s start with the concept of Web 3. It is also usually called the next generation of the internet, where users are in control of their creations and they own them. One of the main propositions of Web3 is the opportunity for people to control every aspect of their online presence, including their data, digital identity, and the content they create. So, the concept of Web 3 implies owning, controlling, and monetizing content using blockchain and cryptocurrencies.

Web 2 is the internet as we know it now, which depends on centralized vendors. For instance, the Instagram post you create is not actually yours, it belongs to the platform. Same with the games: players use to buy digital assets within the game that they actually don’t own. Today, with decentralization and NFTs, it changes. People can actually buy digital assets in the games in the form of NFTs.

The Metaverse, on the other hand, is the concept of the Internet of virtual worlds. Even though the word itself became popular after Zuckerberg got obsessed with the idea of the Metaverse and even renamed Facebook into Meta, the concept was initially described in a 1992 sci-fi novel “Snow Crash.” Since then, there have been multiple attempts to build virtual worlds, but it is only recently that we have gotten serious about mass adoption; thanks to more sophisticated and affordable hardware, adoption of the Metaverse is more realistic today. There are several so-called “virtual worlds’ ‘ such as Roblox, Sandbox, Decentraland, Cryptovoxels and others.

So, Metaverse and Web3 are not the same, but they definitely compliment each other.

TechBullion: You are a marketing consultant for NFT and blockchain projects. How did you get involved with all of these?

Oh, I have been in this space since 2017. I even remember CryptoKitties and the ICO boom. I survived that and the crypto-winter. So, by now I can be considered as an OG, as they say. Jokes aside, I have always been very interested in tech and I love to be an early adopter. Back in 2016, my clients began asking for help with the promotion of their blockchain-related products, I had to dig in and learn a lot about crypto, blockchain, and NFTs. Back then NFTs were not so big, but it was something new and not explored.

TechBullion: Do you believe that the metaverse is the future?

Well, I believe that the Internet as we know it today definitely will evolve. Also, the Metaverse will become a part of the new normal, but it won’t happen overnight. We are still quite early into the Metaverse, and technology still needs to develop before it will become an integral part of our lives.

TechBullion: What do you think about digital goods?

Especially digital real estate and land. I heard that some people prefer buying houses or lands in virtual worlds over the real ones.

Yes, but you should keep in mind that those are very specific types of investors. Yes, buying virtual real estate may sound crazy, because it is a novel concept and a new industry. We have operational and valuation records on physical real estate, established rules of the industry, and it’s a tangible asset. What are you acquiring when purchasing digital land? Pixels! This sounds extreme, but actually, it can be very profitable. Look at the Crypto Punks; that is a great case study! Personally I am very excited about digital assets, but at the same time we are in a Wild West when it comes to digital investments. On one hand, we have a luxurious virtual yacht sold for $650,000 the metaverse for the online game The Sandbox, on the other hand, $3 million worth of BAYC NFTs were recently stolen. As with any industry, early adopters face the highest risks but also have the potential for high rewards. I am particularly bullish about combining real-world goods with digital ones. For example, we are now seeing physical houses being sold along with their digital twins in the Metaverse. Also, I am a big fan of digital fashion. The idea of having different looks every day without having to buy and store a lot of clothes seems very exciting to me. It is eco-friendly, since clothing is digital, it cuts out the manufacturing and production pollution, as well as the throw-away cycle most clothes go through once we’re done with them.

TechBullion: Do you trade NFTs/digital goods yourself?

Absolutely! I invest in NFTs and also like to buy them as gifts for my digitally literal friends.

TechBullion: What are your favorite projects you are working on right now?

As a consultant, I’m involved with a lot of crypto-related projects, but my favorite one is about the community. Right now in collaboration with my amazing friend Stephan Morris who has been in the hospitality industry for years. We are working on a membership project called Silicon Society. It’s somewhat similar to Soho House and Neuhouse, but our goal is to build a strong crypto-community of quality people. As we see it, the Society will exist not only as a virtual community, but also as an actual space to gather and exchange ideas for Crypto leaders, digital artists, musicians, crypto-enthusiasts, developers, and visionaries. We have begun partnering with Miami-based venues and are now ready to bring crypto-partners onboard.

5 steps to gamify your Canvas classroom

A Travel To The Past in Cidade Velha, Cape Verde