TOKYO — Kazuo Ishiguro’s latest novel, “Klara and the Sun,” the first since he won the 2017 Nobel Prize in literature, depicts how state-of-the-art technology can create serious inequality.

With the novel set for release on Tuesday, Ishiguro talked with Japanese media about his thoughts concerning the implications of technological advances for human society and relationships, as well as such basic questions about humanity as what the human soul is, and what love is.

Q: Klara, who narrates the story, is an Artificial Friend, a humanoid with artificial intelligence that is designed to act as a companion to help children grow up. Why did you write the novel from the viewpoint of AI?

Q: Klara tries very hard to understand the concept of love. Ironically, her struggle to understand love looks very similar to the process of a human child’s growth. As the story unfolds, the border between the robot and the human being becomes blurry.

Ishiguro: What interested me was the idea that in this world of big data and AI, perhaps we will start to look at each other as individuals in a slightly different way. Different from the way that we have been accustomed to doing for many centuries. What is it that makes an individual person unique and special? Is there really something like a soul inside our bodies? If we have enough data, will we be able to more or less reproduce our character and personalities?

Q: The novel urges readers to reconsider their belief that what makes a person unique and special all exists in the individual’s body and mind.

Ishiguro: There’s a scientist in the novel who says, “We have searched and searched but found nothing inside the human body and this is why you can replace somebody you love with a machine if you excavate all the data from the loved one’s brain and transfer the data into the machine.” But I, an old-fashioned man, would say you are looking in the wrong place. What you call a soul perhaps exists in the feelings of the people who love that particular individual. I don’t think it’s a particularly clever idea, but this is my answer to the scientist (as a novelist).

Q: Most of the children in the novel, including 14-year-old Josie, who is helped by Klara, are “lifted,” a process meant to optimize them for success, which sounds like a kind of genetic engineering. Are you in any way worried about progress in science and technology?

Ishiguro: I don’t feel a lot of fears or concerns about AI. Klara is a solar-powered machine and she never lets go of hope all the way through her existence because she trusts the sun. I think the relationship between Klara and the sun is very much like that between man and God based on the human impulse to find a god and to believe in this god as something very powerful and the kind that will always be watching us and trying to help us. I found it fascinating to imagine that even in the life of a machine, there will be a kind of a religious impulse. That’s why I wanted to call the book “Klara and the Sun.”

I’m perhaps more worried about gene editing than about AI. CRISPR gene editing (a gene-editing technique that makes it possible to modify the genomes of living organisms) is a huge breakthrough that earned two scientists the Nobel Prize in chemistry in 2020. CRISPR could bring enormous benefits to all of us in such areas as medicine and food production. When this technology is used to create children who are intellectually and athletically superior, however, it will pose a serious challenge to human society.

My concern is that societies will soon become meritocracies, which are quite savage. I’ve thought of meritocracy as a good thing. It’s good to create a hierarchy according to merit, not on class privilege or race. In a world in which you have the technology to make some people superior to others, however, a meritocracy can then become something rather like the apartheid system. 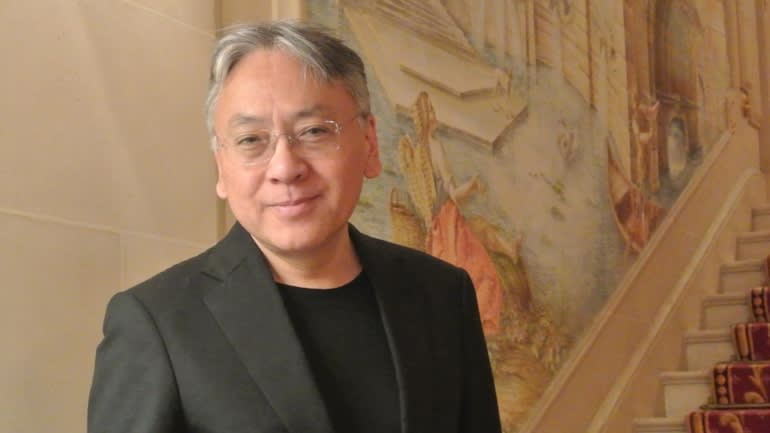 “I’m perhaps more worried about gene editing than about AI,” said Ishiguro. “When this technology is used to create children who are intellectually and athletically superior, however, it will pose a serious challenge to human society.” (Photo courtesy of Hayakawa Publishing)

Q: The novel describes various kinds of inequality and disparities, such as those between AI and the human race, between privileged children who are “lifted” and those who are not, and a community of people who seem to be white supremacists.

Ishiguro: This novel, I think, is probably filled with my anxieties, not just about science, and the challenges and opportunities we face because of science. The book also reflects the shock I have experienced myself in realizing that the kind of liberal, democratic consensus that I almost took for granted all the time that I was growing up is much more fragile than I thought it was. I think many of the great challenges we face at the moment have to do with the fact that we don’t seem to have any strong force that argues that we should try and narrow the inequality gap. I think inequality has become greater and greater and this is a very dangerous thing for us.

If I was really wanting to write a wake-up call, I think I’ll be better at writing an essay in a newspaper or taking part in a documentary program. But I’m a novelist. I think the novel is good at actually asking people to consider their emotions as human beings in different situations, to put themselves in the positions of the characters. Novels allow us to feel the human cost of inequality in a way that an argument cannot. I am offering a kind of an experiment, a thought experiment, or an emotion experiment.

This interview was conducted online in mid-February. Ishiguro says that writing “Klara and the Sun,” allowed him to focus very clearly on human beings in the human world. “She sees the human world through the lens of loneliness right from the start and she asks this question: What is human loneliness?”

Kazuo Ishiguro: Born in Nagasaki in 1954, Kazuo Ishiguro, with his family, moved to the UK when he was five. He now has British citizenship. Ishiguro won the Booker Prize for “The Remains of the Day” in 1989 and the Nobel Prize in literature in 2017. In 2019, he was knighted by Prince Charles for his services to literature. His other novels include “Never Let Me Go” (2005) and “The Buried Giant” (2015).

Klara and the Sun: Klara, a solar-powered AI humanoid robot, was bought as a companion for Josie, a weak 14-year-old girl, while she was sitting in a show window of a store, and brought to Klara’s home in the countryside. Equipped with a superb ability to observe things and great curiosity, Klara develops a deep understanding of the human race and nature through her happy interactions with Josie and her old friend Rick. But they live in a world where there are huge gaps and inequalities between “lifted” people and those who are not “lifted” and also between robots and human beings and between robots. 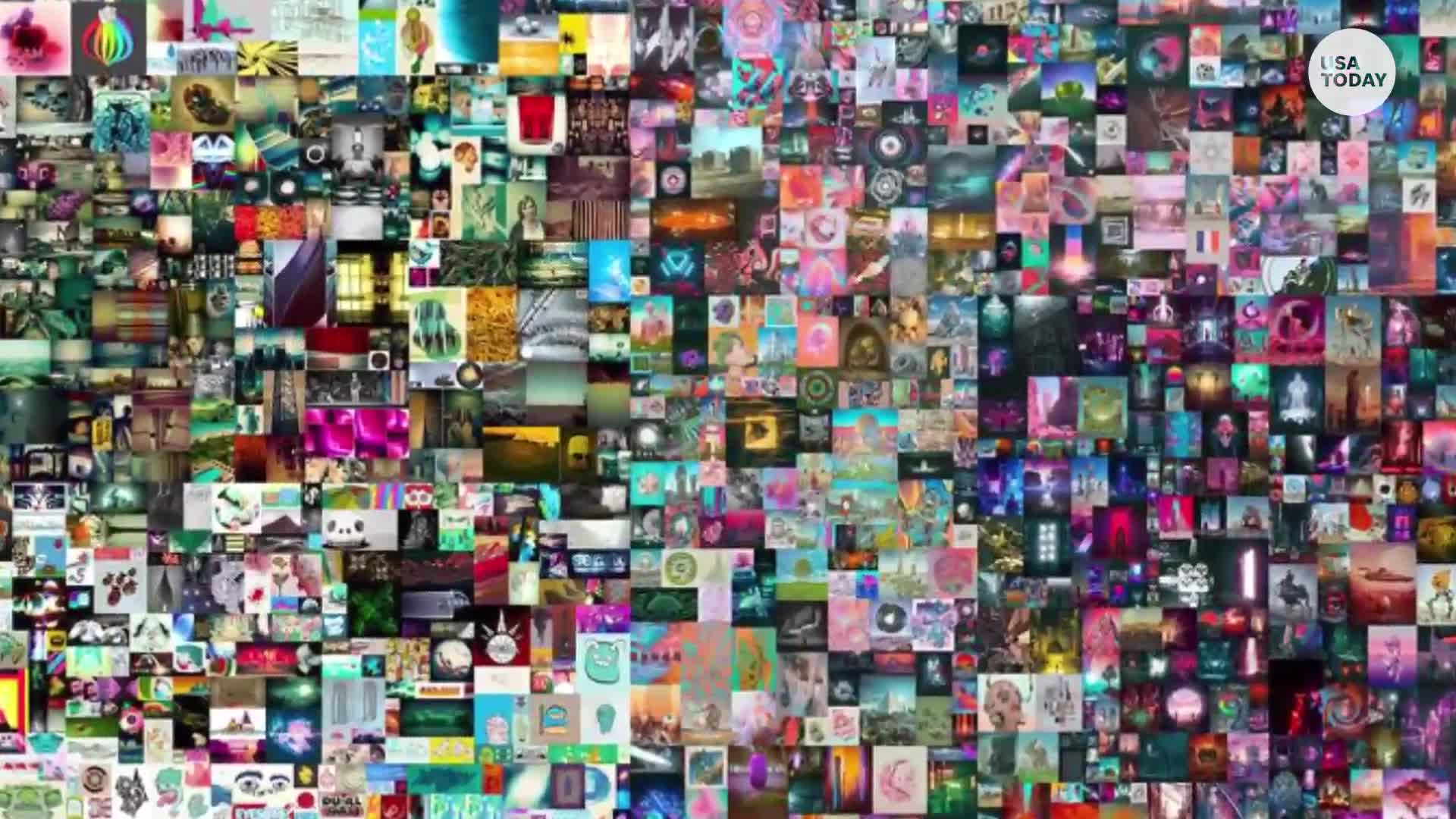