Asian Americans experienced the biggest spike in severe hate and harassment on social media of any group in the Anti-Defamation League’s annual survey of this behavior published Wednesday morning, signaling a national uptick in racist incidents against the Asian community isn’t just happening offline.

The assessment, conducted by polling firm YouGov on behalf of the ADL’s Center for Technology and Society, found that of the 2,250 people surveyed, Asian American respondents experienced the largest single rise in severe online harassment since last year.

Exactly half of the Asian American respondents who were harassed said it was because of their race or identity, though the proportion of respondents reporting race-based harassment actually decreased from last year (when it was 55%) despite the overall surge.

Though Asian Americans saw the highest jump, LGBTQ+ respondents reported the most severe harassment of all groups, at 52%, followed by Muslims (36%) and then respondents identifying as female (29%).

African Americans saw the most significant increase in race-based online hate from 42% last year to 59% this year, with the ADL identifying months of anti-racist protests sparked by the death of George Floyd as a driving factor, noting that derogatory posts against African Americans quadrupled on Facebook pages shortly after Floyd was died in police custody last May.

The highest rates of online hate, however, were experienced by LGBTQ+ respondents, who—with 64% reporting harassment—led as the community facing the most online attacks for the third year in a row.

ADL researchers, in a report released in tandem with the study, identified former President Donald Trump as a contributing factor to the rise in online hate and harassment, noting the center saw an 85% increase in anti-Asian sentiment on Twitter after Trump announced he had contracted Covid-19, which he repeatedly referred to as the “China virus,” the “China plague” or “kung flu.” “The spike in physical violence against Asian Americans across the nation was whipped up in large part by bigotry and conspiracy theories that grew online, fanned by national leaders, including former President Trump’s incendiary rhetoric,” the report read.

Protests have swept the U.S. over the past week to draw attention to an uptick in anti-Asian hate incidents, brought to the fore by the shooting of eight people—six of whom were Asian women—at three beauty spas in Atlanta last week. Though the Georgia mass shooting directed national conversation around violence toward the community, advocates were sounding the alarm much earlier as data revealed heightened violence during the pandemic. Research released last week by reporting forum Stop AAPI Hate showed nearly 3,800 incidents—such as shunning, slurs and physical attacks—between March 2020 and February of this year. That’s a significant increase from the 1,200 reported over the span of five months before the pandemic last year.

“There were 3,800 anti-Asian racist incidents, mostly against women, in past year” (NBC News) 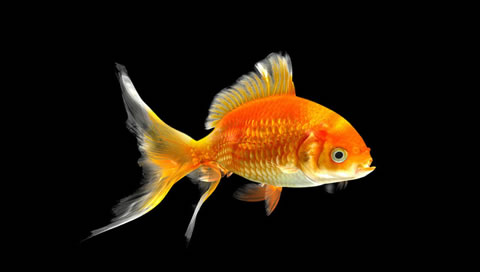 How To Grow to be A Programmer (Data Know-how)

How Have Marketing Campaigns Changed Over The Years